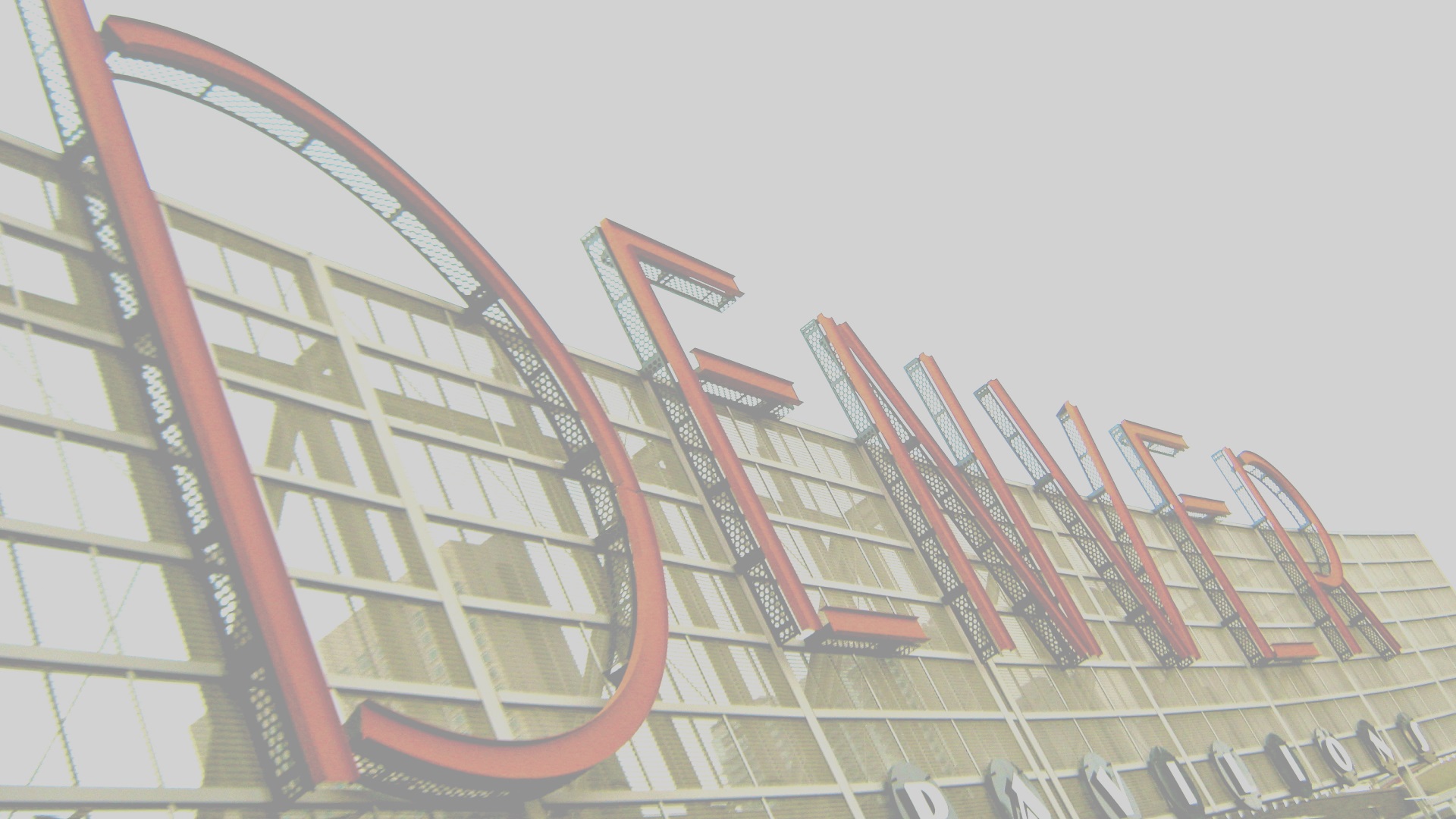 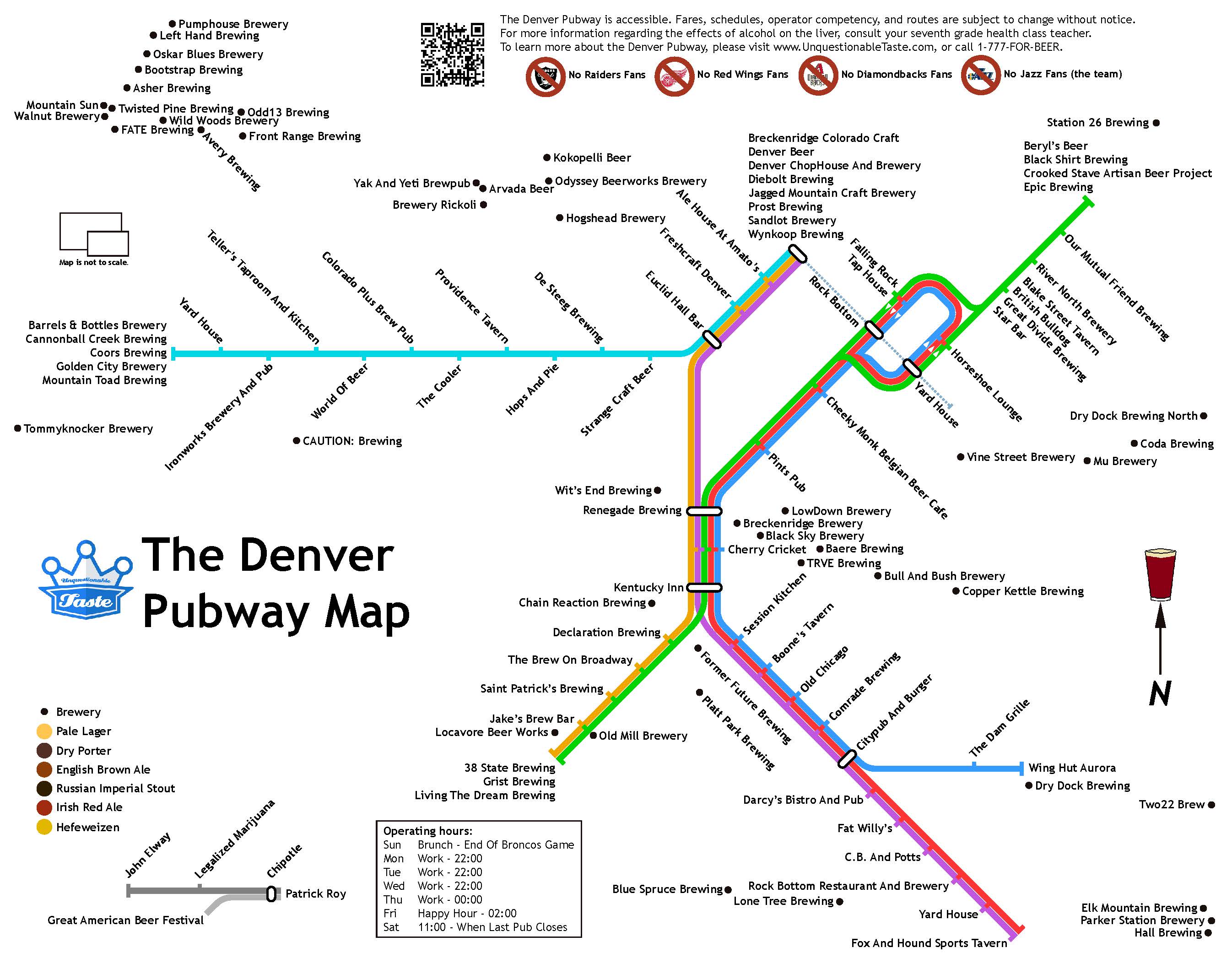 Officially standing exactly 5,280 feet above sea level is the Mile-High City. Founded by gold prospectors in the mid 1800s as a Pike’s Peak Gold Rush mining town, Denver has since grown from a small fifty-niners settlement into a major transportation and distribution center with strong industry presence in the telecommunications, agriculture, airline, energy, food service, and brewing sectors. The city’s geographic location combined with the advent of rail transportation as well as telegraph company Western Union’s move to the city in 1863 helped solidify it as a hub for both people and goods through the late 19th century and beyond. In 1870, Denver’s link to the transcontinental railroad was completed. Though Denver was hit particularly hard by the silver crash of 1893, it remained at the forefront of progress, driving growth throughout the region. Industry grew through the 20th century, including the construction of the Rocky Flats nuclear warhead plant in 1953. The facility was fraught with problems including radiation leaks, protests, legal troubles, and was ultimately shut down during a tense FBI raid in 1989. The city has had an association with alternative music, as well as folk and of course, jam bands. In 2012, Colorado became the first state to legalize marijuana for recreational use and on New Year’s Day of 2014, the first legal pot dispensaries opened to the public. Other places, like the state of Washington have since followed suit. 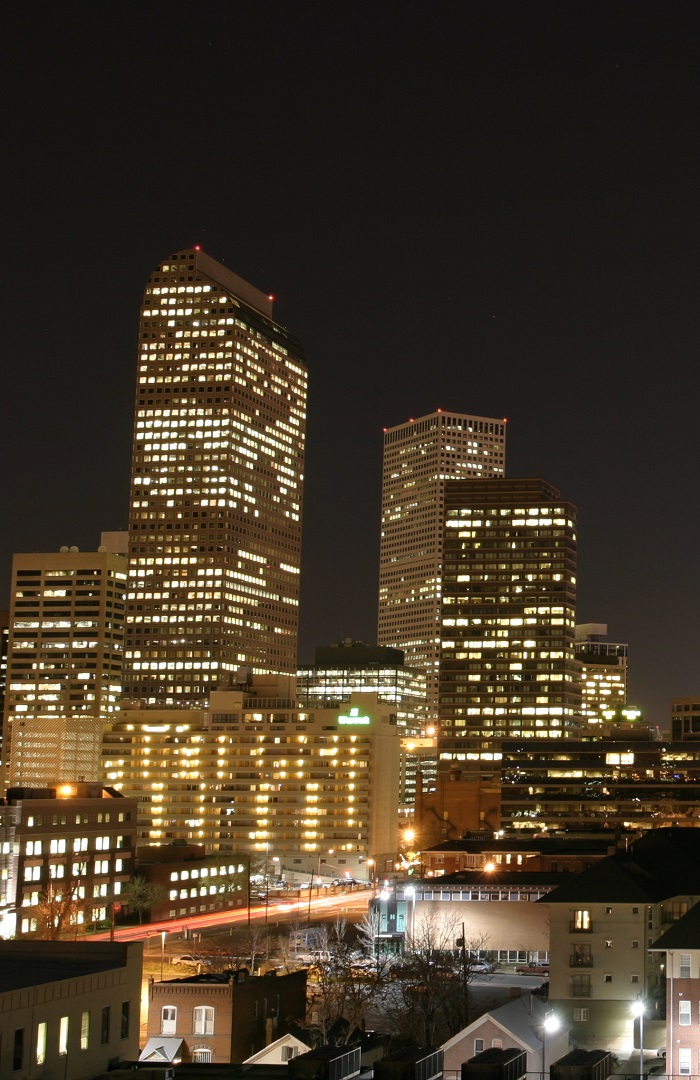 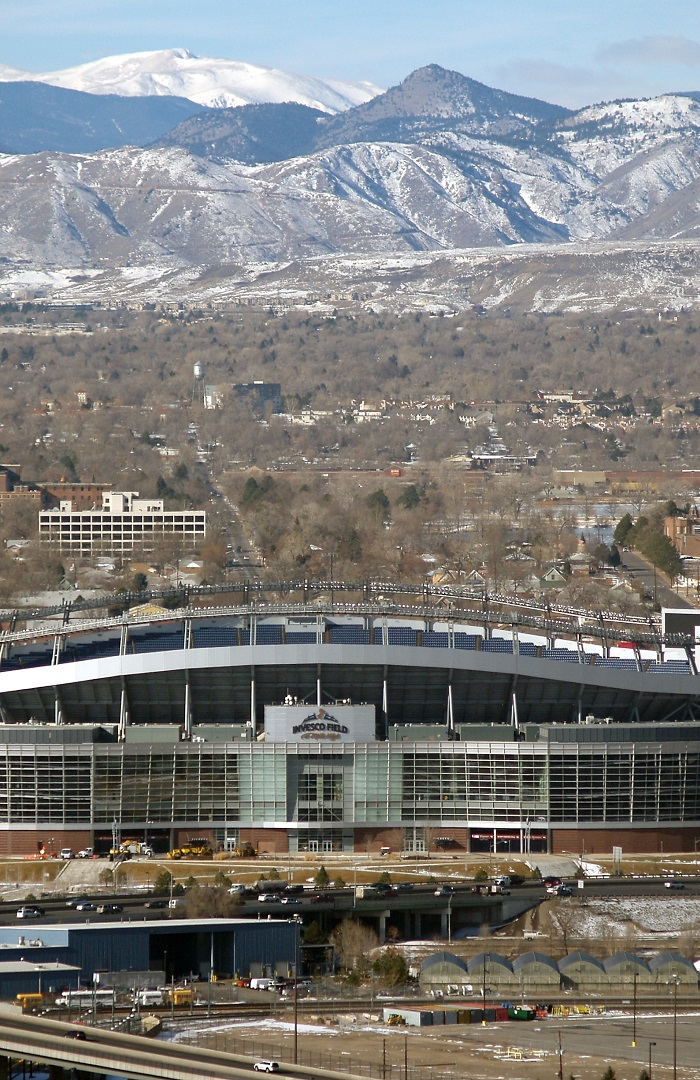 Denver, while being one of only 12 cities in North America with teams from the four professional sports leagues, has the infamous distinction of being the only place in the world to decline hosting the Olympics after it was selected. The city has since attempted to make subsequent bids, but in vain. Still, Denver is a big sports town with a history of success, including two Stanley Cup wins by the Colorado Avalanche led by Patrick Roy and Joe Sakic, and two Super Bowl Championships by the Broncos in the late 90s, QBed by none other than John Elway. The Broncos have managed to sell out every one of their home game since 1970 with the exception of strike replacement games. The city’s sports scene has gone hand in hand with its prominent brewing presence, being one of the largest in the country. Coors moved its main operations to the Denver area in 2005 (in Golden, CO), and other well known breweries include Fort Collins, Great Divide, Oskar Blues, Left Hand, and New Belgium. Aside from any mainstays, the Denver area is home to dozens of small scale microbreweries and hosts the annual Great American Beer Festival, which is generally considered to be the biggest and most well known in America. Colorado is ranked as the number one state in the US in terms of gross beer production with 23.4 million barrels produced in 2006. With 161 breweries total, 154 of which are craft breweries, Colorado ranks third in the country with the number of craft breweries in the state and sixth per capita. Because of the strong beer presence, many of Denver’s bars are either full on brewpubs or beer bars, specializing in offerings from local breweries. In fact, it is not uncommon to come across bars with more than 100 total offerings including bottled and draft selections. 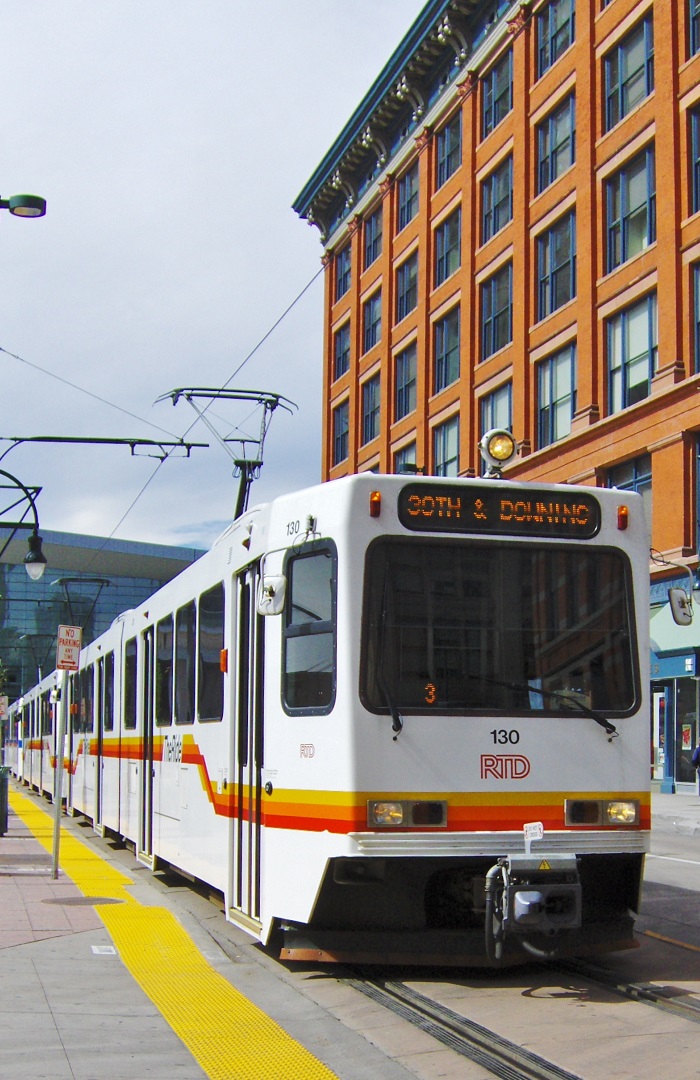 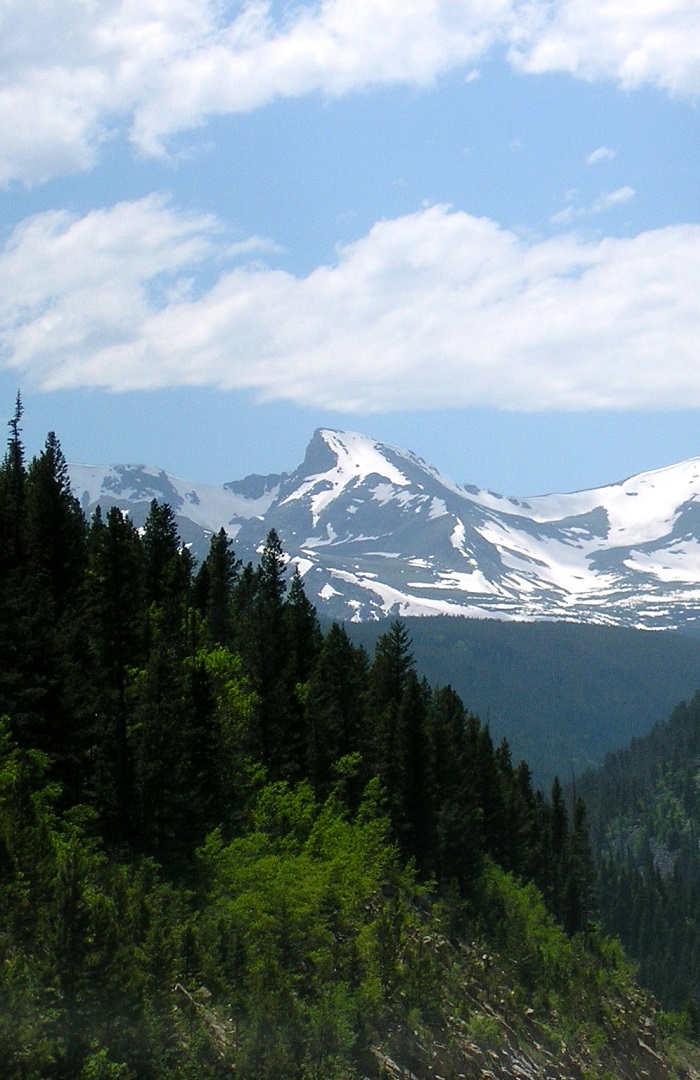 Despite an ideal sports and beer scene, Mile-High City has business to take care of. Much of the workforce which spurs on Denver’s $160 Billion economy is driven by the Regional Transportation District’s (RTD) light rail system. Denver had street cars and tram systems in the past, but cars and buses took over their share in the transportation market. In 1994, the city opened its first light rail line (now the “D” line) on Friday, October 7th. At that time, the 5.3 mile long service was run by 11 rail cars and during the first few days of operation (which was free to passengers for the first weekend), it was estimated that more than two hundred thousand people rode the small fleet. Since then, five more lines have been added, and the number of stations has increased to 46 on the 47 mile long system, which is powered using overhead lines. 172 trains now run along the service, ferrying an average 87,000 people to their destination daily, making the RTD light rail the 10th busiest in the US. As a testament to Denver’s unique and prominent art scene, each station includes examples of public art which are incorporated into the stations’ architectural features. RTD is looking to expand the light rail to accommodate Denver International Airport as well. This is a part of a large expansion to build four commuter rail lines and generally increase accessibility and use of Denver’s public transportation via the FasTracks project which will also bring a total six new light rail lines, new bus rapid transit, and other enhancements. The project is estimated to cost $6.5 Billion and is not expected to be fully complete until 2042. Still, the project’s first new line to Golden, CO opened in 2013, and the entire project is expected to help drive the economy even further.