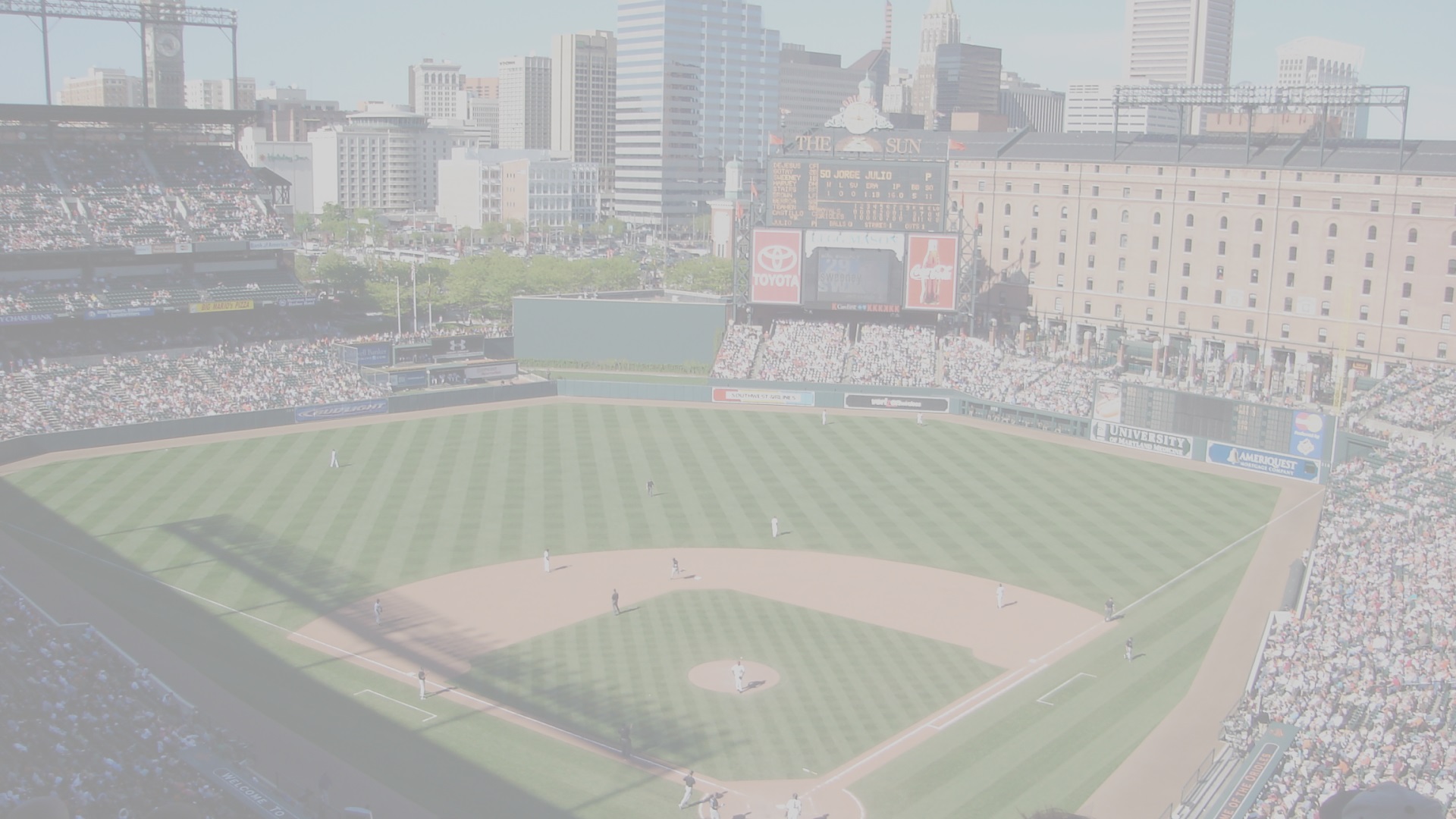 Located an hour from Washington, D.C. on the Chesapeake’s Patapsco River lies the port city of Baltimore, known as “Charm City.” Initially inhabited by the Piscataway Tribe of the Algonquins, the land later established as Baltimore City was first colonized by English settlers, who were amicably granted rights to settle by the peaceful Piscataways. Baltimore was officially founded in 1729. Being privileged with access to the 200 mile long Chesapeake Bay, Baltimore grew into an important shipping and trade center, with its population exploding from 14,000 in 1790 to over 430,000 only a century later. Baltimore was the source of inspiration for Francis Scott Key’s “Defence of Fort McHenry” during the War of 1812, during the Battle of Baltimore. After Washington D.C. was burned to the ground, Baltimore was attacked by the British, whose Royal Navy bombarded the fort ship cannon fire. The poem would later be adapted into the “Star Spangled Banner,” which became America’s National Anthem in 1931. Since the 1800s, Baltimore’s strategic position along a major shipping route helped it develop into a major port town, becoming a mid Atlantic hub with extensive rail transportation networks including the famous B&O Railroad, the first chartered railroad in the US. Due to its position relative to the Mason-Dixon line, Baltimore’s population was torn during the Civil War, creating a setting for short lived, but violent and deadly upheaval. Following the end of slavery in the US, many ex-slaves found a home in Baltimore and over the next century, the local Black American presence and culture would dramatically influence the cityscape and its politics. Tobacco would become a major source of economic power for the region, which shifted development toward manufacturing and industry. During the mid 1900s, the city experienced decades of tumultuous times, especially during the Civil Rights Movement. In 1950, Baltimore’s Black American population represented about 24% of the city. By 1970, that number had risen to 46.4%. Meanwhile, many southern whites had moved up north, creating racial tensions throughout the city.

Baltimore is regarded by many as the site of the nation’s first sit-in, which was conducted by students at a local drug store. Though the sit-in only lasted for less than half an hour, it inspired a wave of desegregation throughout the city. Riots, municipal strikes, a decrease in manufacturing, and neglect to the cityscape had contributed to dark times for Baltimore, which had lost over 200,000 residents over the period between 1950 and 1990. Efforts to rekindle the city’s prosperity included building the Baltimore World Trade Center, redeveloping much of the inner harbor which was ridden with abandoned warehouses, constructing the Maryland Science Center as well as the National Aquarium, and relocating the Baltimore Orioles and the Baltimore Ravens closer to downtown. Today Baltimore is an education and health care center, headlined by Johns Hopkins Hospital and University, the two largest employers in the city. Due to its proximity to Washington, D.C., the city has also become a popular destination for many recent college graduates looking for professional employment. About a quarter of the city’s job market lies within the fields of math, science, technology, and engineering. One of Baltimore’s mottos is “The City That Reads,” a testament to the city’s massive higher education presence, which besides Johns Hopkins, includes the University of Maryland, Loyola University, Maryland Institute College of Art, the University of Baltimore among others. And with college of course, comes bars and beer. Baltimore itself represents a healthy local brewing market, with examples like Union Craft, Frisco Taphouse & Brewery, Stillwater, Heavy Seas, DuClaw, and Full Tilt Brewing local favorites. Flying Dog based in Frederick, and many D.C. breweries also help make up a strong regional beer market which distributes across the country. Many of Baltimore’s beer bars feature rotating cask offerings and some have menus boasting more than 125 individual beers to try. The city hosts multiple crab and beer festivals throughout the year.

The nation’s largest independent city and its metro population of over 2.7 million Baltimoreans are served by the Maryland Transportation Administration’s MTA Maryland. Almost half of Baltimore’s residents go without access to a car, so the region is heavily dependent on the MTA’s 80 bus lines, 3 commuter rail lines, and 4 rapid transit lines, known as the Metro Subway, and the Baltimore Light Rail. The Subway runs along a 15.4 mile long line which despite its name, is mostly above ground. There are 100 electrified cars running along the 14 station system, which opened on November 21st, 1983. The trains carry over 51,000 average weekday boardings and about 54 of the 100 cars are used during peak rush hour travel times. The trains can reach speeds of over 70 miles per hour. The Baltimore Light Rail, which opened in April of 1992, is the 19th busiest light rail system in the US, with an average weekday ridership of 27,537. The system has 3 separate lines running along 30 miles of standard gauge track, and is powered using overhead wires. The trains have a maximum top speed of 60 mph and have 1,100 HP each. The MTA owns 53 light rail vehicles and uses between 30 and 35 during typical peak service, and more trains are added for Ravens and Orioles games. There are 33 stations on the Baltimore Light Rail, which was built on streets as well as existing rights of way. Various proposals have been brought to municipal tables with plans to expand rail services and upgrade existing trains, but due to fiscal constraints, no proposals have been pushed through yet.